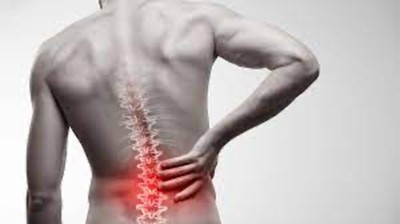 In 2018 the Lancet published a comprehensive review of lower back pain and its management. The authors described, how lower back pain is seen as one of the worlds most major health issues, it is prevalent across all regions and is largely deemed to be worsening due to increased ageing and an increased world population. It can affect all ages and genders but is mainly associated with sedentary occupations, smoking, obesity and socioeconomic factors. Even though medicine has continuously advanced rates of people living with disability caused back pain have increased by more than 50% since 1990, and are projected to continue to grow. The majority of lower back pain, especially when chronic in nature is deemed too not be due to spinal abnormality or injury. There is also evidence via systematic reviews that why disc injury does occur, up to 96% of disc sequestrations, 70% of disc extrusions and 41% of disc protrusions spontaneously recover within 2 years without the need of surgical intervention.

From trials into management of lower back pain, recommendations are generally the same, management should start with non-pharmacological treatment, which should include reassurance, education and encouragement to self manage and resumption of normal activities combined with exercise as and when you can. With significant thought given before recommending the use of medication, imaging or surgery. Generally, across the globe this advice is not seen in practice, with often a first line of treatment being imaging, injections and surgery.

So, if back pain is becoming more prevalent and management which is often recommended, not always being required, what can we begin to do to help ourselves either before back pain begins or  if we happen to experience it. As mentioned above lifestyle factors seem to play a large part in indicating whether someone may develop lower back pain, with smoking being a key factor in reducing disc health and increasing our risk of disc injury and pain due to the effect on blood flood and nutrient transfer through the body.

The other large indicator is a lack of exercise, which can often also be linked with obesity. With exercise there is an often mythicised thought process that I will hear from clients, that some exercise is bad and some good for backs, especially when it comes to flexion/bending based exercise. Evidence suggests that inactivity causes the discs to become thinner and drier (generally unhealthier), where as the forces exerted on the spine during running can help to maintain disc health and hydration. Strength train has also been shown to help to maintain or create positive disc adaptations such s improved thickness and hydration of the discs, alongside increased muscle mass through the trunk. The same has also been identified in cyclists who perform a high volume of rides, with MRIs identifying increased muscle mass in the hip flexors, erector spinal muscles and quadratus lumborum, alongside thicker discs and better disc hydration than non-cyclists, even though they are sat for long periods in flexion.

Ultimately, the current research and evidence available to us suggests that the most important thing we can do to minimise the risk of lower back pain is to move regularly and create a controlled and manageable progressive load through the spine and its respective musculature. But, also when we do unfortunately get hit with pain, we should try to stay positive, not google too much, try to stay calm and begin to move. This movement can be as much or as little as you feel able to do, with steady progression as you continue to feel able. Ultimately, if unsure seek the advice of a physio to help guide you back to your normal, but just be wary if all they want to do is rub, crack or needle your back!!!